Ndidiamaka Amuthah-Hardrick is a PhD candidate in Public Health with a focus on Maternal and Child Health at the University of Maryland, College Park School of Public Health. Originally from Trenton NJ , Ndidi has a long standing commitment to public health that span over 10 years of Public Health experience. Her current research interests include health disparities, reproductive health, infant mortality and HIV/AIDS in ethnic minority populations. Ndidi is a member of the American Public Health Association and is currently a senior student fellow for the Maternal and Child Health section. Her dissertation focuses on infant mortality in Washington, DC and it specifically examines neighborhood level poverty, multiple determinants of health, and access to prenatal care as predictors of infant mortality. Previously, she has conducted qualitative research with HIV positive women of color with regards to their social service needs. Ndidi also holds membership in the Metropolitan Washington Public Health Association (MWPHA) as a Governing Councilor, the Society for Public Health Education (SOPHE), the International Society for Urban Health (ISUH), the George Washington Public Health Alumni Association, Big Brothers, Big Sisters Association of the National Capital Area and the Society for Pediatric and Perinatal Research. She will be a Kellogg Health Scholar at Morgan State University.

Barbara Baquero
Barbara Baquero is a doctoral candidate in the Joint Doctoral Program in Public Health (Health Behavior) at San Diego State University and University of California, San Diego. Barbara migrated to the U.S. from Venezuela twelve years ago. She completed a bachelor�s degree in Psychology in her native country and holds a MPH in Health Promotion from San Diego State University. For the last nine years she has been working at the Center for Behavioral and Community Health Studies (BACH) at San Diego State University, conducting NIH and CDC funded community based health promotion and disease prevention research studies focusing on Latinos. In 2008, Barbara received the ASPH/CDC/PRC research fellowship to conduct her dissertation study. Her study examines the social-ecological influences on obesity among Mexican immigrants and Mexican Americans living on or around the border region of Southern California. The fellowship provided Barbara with the opportunity to work in population-based research, specifically; examining the social-cultural determinants of health using community based participatory research methods. She is interested in furthering the understanding of the social and cultural implications and correlates of health among Latinos and racial/ethnic diverse groups through the application of community based participatory research methods. Barbara is an incoming Kellogg Health Scholar at the University of North Carolina, Chapel Hill.

Lawrence Brown
Lawrence Brown is currently a PhD candidate at University of Tennessee Heath Science Center (UTHSC) and a graduate research assistant at the Consortium for Health Education, Economic Empowerment, and Research or CHEER. His research interests include the impact of ethnicity on medical utilization and health outcomes; the study of neighborhoods and health; and community-based participatory research. He plans to develop evidence-based interventions in order to help to eliminate health disparities. Mr. Brown will complete a PhD in Health Outcomes and Policy research from the UTHSC in August 2010. He received a MPA from the University of Houston and a BA in African American Studies from Morehouse College. Mr. Brown will be a Kellogg Health Scholar at Morgan State University.

Louis F. Graham
Louis F. Graham is currently completing doctoral studies in Community Health at the University of North Carolina Greensboro�s Department of Public Health Education. Louis� primary population health interests center on bridging more seamlessly policy, research, and practice in men�s health disparities. In particular, Louis� work focuses on psychosocial health determinants among ethnic and sexual minority men and employing innovative qualitative research methodologies. His dissertation research looks at depression and anxiety among black queer men, and he currently works on one project funded by the Centers for Disease Control and Prevention (CDC) and another by the National Institutes of Health exploring the influence of black masculinities construction on sexual health and the development of an HIV prevention intervention for heterosexually active African-American college aged men. Louis specializes in community-based participatory research and centralizing cultural studies theory (critical race theory, queer theory) as frameworks and analysis tools for population health research. He obtained a master of public health degree in policy and administration from Morehouse School of Medicine, and served as a research assistant at Community Voices in the National Center for Primary Care. Louis also served as a public health policy intern in the Office of the Director at the CDC. He is a Dr. Ron G. Morrow Graduate Fellow and a Health Education & Research Trust Scholar. Louis is in incoming Kellogg Health Scholar at the University of Michigan.

Suzanne Dolwick Grieb
Suzanne Dolwick Grieb received a PhD in anthropology from the University of Florida in 2009 with a specialization in medical anthropology, and in 2002 she received a MSPH from the University of South Florida with a concentration in tropical and communicable diseases. Her doctoral research considered the intersection of gender, migration, and HIV risk among the Garifuna, a transnational matrifocal Afro-Amerindian population from Central America with a high prevalence of HIV/AIDS. Guided by a transnational perspective, Suzanne used participant observation, in-depth semi-structured interviews, and a survey to identify differences in gender roles and relations, sexual behaviors, and HIV risk among Garifuna men and women in Trujillo, Honduras and New York City. Her research findings were used to provide recommendations to the Garifuna community, and demonstrated the importance of anthropological contributions to HIV/AIDS research and prevention. Prior to completing her doctoral degree, she worked at the American Cancer Society as an epidemiologist in International Tobacco Surveillance, compiling surveillance data on global tobacco laws, production, and use in collaboration with partners from the Centers for Disease Control and Prevention (CDC) and World Health Organization (WHO). Suzanne will be a Kellogg Health Scholar at Johns Hopkins University.

Air�n D. Mart�nez
Air�n D. Mart�nez earned her PhD in Sociology at the University of California-San Francisco. Air�n�s dissertation research is a situational analysis that examines the lay health practice of comiendo bien (eating well) among Latino immigrant families in San Francisco and identifies the transnational processes that transform this practice. This dissertation examines dietary change through a transnational lens rather than acculturation because Latino immigrants� dietary practices were already reflecting Western habits due to transnationality and globalization. Air�n has also conducted research on violence prevention, tobacco and obesity in the media, and in neighborhoods and health. During her dissertation research she collaborated with Latino immigrant organizations, which surged her interest to return to participatory research. In this process, Air�n realized that CBPR would be an effective method to inform interventions and policies that address the complexity of Latino immigrants� health disparities. During her tenure as a Kellogg Health Scholar, Air�n wishes to engage in a CBPR project that addresses the health of male immigrants and to learn the process of translating research into policy. Air�n was the recipient of the 2009-10 Kaiser Permanente Latino Association scholarship which recognized her service in academic diversity initiatives and community outreach programs both at UCSF and in the city of San Francisco. She is an incoming Kellogg Health Scholar at Johns Hopkins University.

Dawn Richardson
Dawn Richardson will receive her DrPH from the University of California, Berkeley in May 2010. She also holds an MPH from Tulane University School of Public Health and Tropical Medicine (2002), and a BS in Psychology from the University of Tennessee, Chattanooga (1999). Dawn�s dissertation uses photo-ethnography with Mexican-American young women to investigate which aspects of neighborhood context are important and may influence sexual risk behavior and early childbearing among this group. Over the course of her graduate studies, Dawn has been involved in several youth-focused research projects, and currently works with the Institute for Health Policy Studies at the University of California, San Francisco, on a qualitative study investigating the experiences of young people with reproductive health services throughout California. While at Berkeley, Dawn has increasingly focused on the intersection of place and health, and she is particularly interested in the use of visual methodologies to capture the social, economic, and environmental aspects of neighborhoods that impact health. As a Kellogg Health Scholar, Dawn is interested in learning how community based participatory research can be applied towards the development of interventions aimed at addressing structural inequalities at the neighborhood and community levels. She will be at the University of Michigan.

Briana Woods
Briana Woods will graduate with a Ph.D. in Child Clinical Psychology from University of Washington in June, 2010 and is completing her clinical internship at the Institute for Juvenile Research at the University of Illinois, Chicago. Throughout her graduate work, Briana was supported by a National Research Service Award from the National Institute on Alcohol Abuse and Alcoholism and grants from the American Psychological Association and the University of Washington. Briana�s dissertation examined the influence of neighborhood, family, and emotion regulation on adolescent health risk behaviors. Her current research interests focus on the relationship between violence exposure and adolescent health risk behaviors and the role of community-level protective factors in supporting resilience among African American youth exposed to violence. She is active in academic and community projects to improve service providers� ability to work with diverse populations and enhance community-academic partnerships. Prior to pursuing her doctorate Briana was an AmeriCorps volunteer organizing and supporting youth civic engagement activities and a community support worker providing outreach and behavioral health services to low-income youth and families. Briana plans to develop culturally-relevant, sustainable interventions to reduce sexual risk behavior and substance use and promote mental health among African American youth exposed to violence. She is an incoming Kellogg Health Scholar at the University of North Carolina, Chapel Hill. 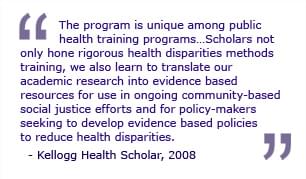 Our Canadian pharmacy review section helps you to choose a reliable online drugstore to order ED and other meds inexpensively. We survey the most searched-for e-pharmacies distributing drugs from Canada to the U.S. customers and worldwide, protecting you from scammers and giving useful editorial tips on how to shop for Cialis and its analogs with maximal safety and customer benefits. Our opinions are based on hard facts and real user experiences you can depend on. Your comments and review requests are most welcome! Read more about Canadian Pharmacy